To perfect this protocol, Rafii and co-workers chose to work with amniotic stem cells. Amniotic stem cells are a wonderfully robust stem cell population that have the ability to form a wide variety of cell types and do not form tumors. During development, the embryo is surrounded by a thin membrane called the amniotic membrane. At Carnegie Stage 6, at the end of the 2nd week of development (day 13-14), the embryo is about 0.2 millimeters long. A veil of tissue grows over the disc-like structure at the very top of the embryo. This veil of tissue is called the amnion and the cavity is generates is the amniotic cavity. The embryo grows within this cavity, suspended in amniotic fluid, and as the embryo grows, the amnion grows with it, as does the size of the amniotic cavity within which he embryo remains suspended all the way through embryonic and fetal development until birth. 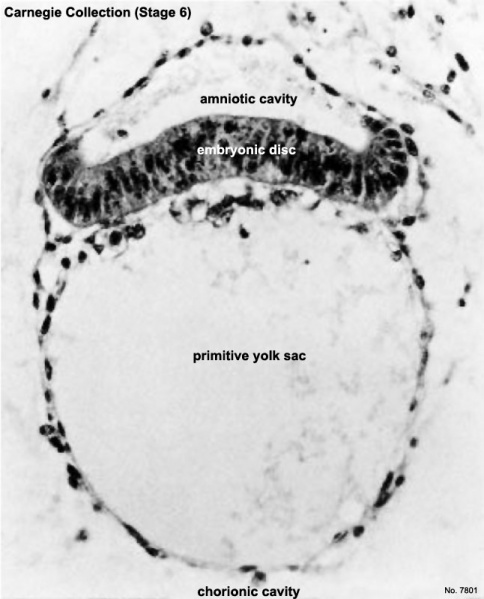 First of all, Rafii and colleagues transiently expressed ETV2 in the amniotic stem cells and found that they differentiated into iVECs. Therefore, they tried co-expressing FLI1/ERG1 with ETV2, and found that the cells expressed several vascular-specific proteins and assumed a shape that matched mature endothelial cells (ECs). Next, they briefly shut off TGFβ signaling. This pushed the cells over the edge and they became endothelial cells. Their success rate was around 20 percent, which is astounding, since most reprogramming protocols usually sport as success rate of around 1 percent.

The therapeutic potential of this work is certainly not lost on Rafii. He explained, “There is no curative treatment available for patients with vascular diseases, and the common denominator to all these disorders is dysfunction of blood vessels, specifically endothelial cells that are the building blocks of the vessels.”

Also tissue engineers tend to grow tissues and artificial organs in porous three-dimensional scaffolds. These cultured endothelial cells could easily form functional blood vessels on such surfaces if they were introduced into an injured organ. Rafii noted that his cultured endothelial cells could be a huge boost for translational vascular medicine. He optimistically predicts that four years of preclinical work could persuade the FDA to approve human clinical trials in which his cells are used to treat vascular disorders. Also banking tissue-typed amnion-derived vascular endothelial cells could establish an inventory of cells for the treatment of diverse disorders.

This work also suggests that amniotic stem cells could potentially be reprogrammed to efficiently form other cell types as well.