Fat is a rich source of stem cells for regenerative medicine.  Treating someone with their own stem cells from their own fat certainly sounds like an attractive option.  However, a new study shows that demonstrates that the therapeutic value of fat-based stem cells declines when those cells come from older patients.

“This could restrict the effectiveness of autologous cell therapy using fat, or adipose-derived mesenchymal stromal cells (ADSCs), and require that we test cell material before use and develop ways to pretreat ADSCs from aged patients to enhance their therapeutic potential,” said Anastasia Efimenko, M.D., Ph.D.  Dr Efimenko and Nina Dzhoyashvili, M.D., were first authors of the study, which was led by Yelena Parfyonova, M.D., D.Sc., at Lomonosov Moscow State University, Moscow.

Heart disease remains the most common cause of death in most countries.  Mesenchymal stromal cells (MSCs) collected from either bone marrow or fat are considered one of the most promising therapeutic agents for regenerating damaged tissue because of their ability to proliferate in culture and differentiate into different cell types.  Even more importantly they also have the ability to stimulate the growth of new blood vessels (angiogenesis).

In particular, fat is considered an ideal source for MSCs because it is largely dispensable and the stem cells are easily accessible in large amounts with a minimally invasive procedure.  ADSCs have been used in several clinical trials looking at cell therapy for heart conditions, but most of the studies used stem cells from relatively healthy young donors rather than sick, older ones, which are the typical patients who suffer from heart disease.

“We knew that aging and disease itself may negatively affect MSC activities,” Dr. Dzhoyashvili said. “So the aim of our study was to investigate how patient age affects the properties of ADSCs, with special emphasis on their ability to stimulate angiogenesis.”

The Russian team analyzed age-associated changes in ADSCs collected from patients of different age groups, including some patients who suffered from coronary artery disease and some without.  The results showed that ADSCs from the older patients in both groups showed some of the characteristics of aging, including shorter telomeres (the caps on the ends of chromosomes that protect them from deterioration), which confirms that ADSCs do age.

“We showed that ADSCs from older patients both with and without coronary artery disease produced significantly less amounts of angiogenesis-stimulating factors compared with the younger patients in the study and their angiogenic capabilities lessened,” Dr. Efimenko concluded. “The results provide new insight into molecular mechanisms underlying the age-related decline of stem cells’ therapeutic potential.”

“These findings are significant because the successful development of cell therapies depends on a thorough understanding of how age may affect the regenerative potential of autologous cells,” said Anthony Atala, M.D., director of the Wake Forest Institute for Regenerative Medicine, and editor of STEM CELLS Translational Medicine, where this research was published.

A study from the Cincinnati Children’s Hospital Medical Center, in collaboration with the University of Ulm in Germany has discovered a molecular switch that causes the aging of blood stem cells. This same work suggests a therapeutic strategy to delay stem cell aging.

Hematopoietic stem cells (HSCs) reside in the bone marrow and make all the red and white blood cells that populate the bloodstream. Proper HSC function is absolutely vital to the ongoing production of different types of blood cells that allow the immune system to fight infections and organs to receive adequate quantities of oxygen.

Hartmut Geiger from the Cincinnati Children’s Hospital Medical Center and the University of Ulm was the senior researcher on this project. Dr. Geiger said, “Although there is a large amount of data showing that blood stem cell function declines during aging, the molecular processes that cause this remain largely unknown. This prevents rational approaches to attenuate stem cell aging. This study puts us significantly closer to that goal through novel findings that show a distinct switch in a molecular pathway is very critical to the aging process.”

The pathway to which Dr. Geiger referred is the Wnt signaling pathway, which plays a foundational role in animal development, cell-cell communication, tissue generation, and is also involved in the pathology of various diseases. 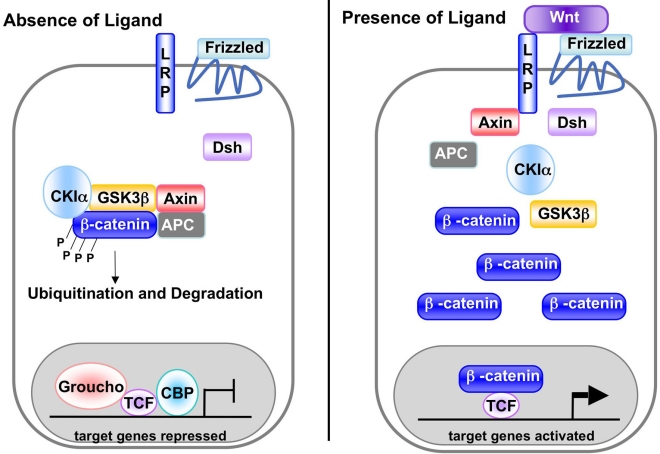 To test this observation, Geiger’s group overexpressed Wnt5 in HSCs (a Wnt protein known to induced signaling through noncanonical Wnt signaling pathways), and immediately, the HSCs began to show the signs of aging.

One of the targets of Wnt5 signaling is a protein called Cdc42, which influences the cytoskeleton of cells.  Therefore, Geiger and his crew asked if Cdc42 was activated in those HSCs that overexpressed Wnt5.  The answer to this question was a clear “yes.”  Then they treated cultured HSCs with a molecule that inhibited Cdc42 activity.  This treatment reversed the aging process in HSCs.

Even though this study has definitely made an important contribution to understanding HSC aging, more work is needed before a therapeutic strategy is in place.

A research group at the University of Valencia, Spain, led by Isabel Fariñas Gómez, at the Molecular Neurobiology Unit, has discovered a mechanism that maintains stem cell populations in the brain and prevents these stem cells from overproliferating early in life and burning out.

Gómez’s group has discovered that the product of the CDKn1a/p21 gene is essential for maintaining brain stem cells.  By keeping these stem cells active and functional, the brain dynamically changes as it learns and remembers, and maintains its good state of health.  In the absence of p21, brain stem cell populations deplete and this prevents the formation of new neurons toward the end of life.

This research, conducted in collaboration with Anxo Vidal from the University of Santiago de Compostela, shows that p21 in neural stem cells restrains the production of molecules that induce the depletion of these this stem cell population.  Thus p21 restricts aging.  According to Fariñas Gómez, “The research allows us to understand better how stem cells get lost in our brains as we age, and opens the possibility to try to alleviate this deterioration.”